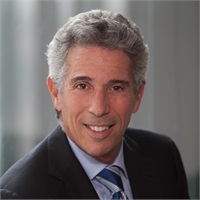 Vice Chairman of the Board and General Counsel, LFG

Sanford Aderson is the Vice Chairman of the Board and General Counsel of Lifetime Financial Growth. Mr. Aderson is an original and current member of the LFG Board of Directors.

Previously, he was a founding member and managing partner of the Pittsburgh law firm of Aderson Frank Steiner and Blechman. His practice concentrated in Mergers and Acquisitions, General Corporate Law and Estate Planning. Mr. Aderson frequently represented clients in the areas of Corporate Finance.

Luttner Financial Group became a client of Mr. Aderson in 1991 and in 2000 he left the full time practice of law to become its President. Since he became President, LFG has grown from 40 advisors to more than 200 along with the expansion into our Ohio and Kentucky locations. From 2000-2006, Mr. Aderson served on the Board of Directors of the Make A Wish Foundation for Greater Pennsylvania and Southern West Virginia and was Chairman of the Board in 2005 and 2006. He is a graduate of Boston University School of Management and Boston University School of Law.

*Not practicing for Guardian or any subsidiaries or affiliates thereof.