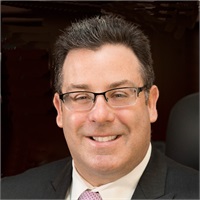 Robert E. Franklin entered the insurance industry 23 years ago. His ability to lead, coach and motivate was quickly realized and he has been in a leadership role for the past 18 years.

Robert was a top producer from the beginning, winning numerous sales awards and creating and implementing "best practice" procedures. His innovation led to the development of a capital recovery system and the creation of the largest distribution center for an insurance carrier. His background includes all lines of insurance, financial services, claims and special investigations.

Robert graduated from Miami University with a Bachelor of Arts and Science in Planning and Development. While at Miami University he had a decorated athletic career in both football and track. Robert’s accomplishments include being an (8) time letterman and (2) time Mid-American Conference champion.

Robert joined LFG in September 2013, taking on the role of Managing Director of the Cincinnati Office.