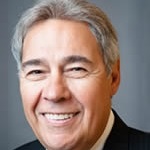 CEO and Chairman of the Board, Lifetime Financial Growth, LLC

Known for his vision, Earl championed the integration of LEAP, Advocacy, and most recently the Living Balance Sheet into the agency culture significantly improving the client experience.

Earl joined the Guardian with twelve Financial Representatives in 1991 and currently has more than 200 representatives.

He has served as Chairman of the Field Advisory Board for 4 terms.

His leadership extends into the community, with his involvement in the United Way of Allegheny County and the Make-A-Wish Foundation of Pennsylvania. He serves as Chairman of the Board of Directors of the International Assistance Group, a nonprofit organization dedicated to assisting American families who wish to adopt children from Russia and Eastern Europe.