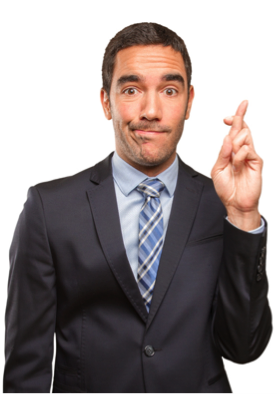 You Are Not So Smart (but You Can Get Lucky)

“A stupid decision that works out well becomes a brilliant decision in hindsight.” Daniel Kahneman, “Thinking Fast and Slow”

If you want to be successful, you should emulate successful people. Seems logical, right? But David McRaney, author of the 2011 book, “You Are Not So Smart,” says the successful – great athletes, wealthy business owners, popular entertainers, powerful politicians – may not know the secrets to their success. Oh, they may think they know. But it’s closer to the truth to say the successful are lucky survivors, whose success is attributable just as much to chance, and to what they didn’t do, as it is to some unique talent, special insight, or outstanding character trait. By only looking to the survivors, we may miss some of the essential factors in success.

Consider Microsoft co-founder Bill Gates, declared by Forbes in May 2017 to be the world’s wealthiest individual. Why did Bill Gates succeed? The best answer is a combination of skill and luck.

Some note that Gates had a predisposition to understanding not only the technology but grasping the business forces at work in the personal computer industry. Where others were developing new product features, Gates was focused on establishing standards that would make Microsoft a platform for all other programs. That insight, and the talent to execute were certainly key to Gates’ success.

But Malcolm Gladwell, in his book “ also posits that Gates was born at the right time (1955) in the right place (a rare high school in the early 1970s with mainframe computer access). Random “lucky” events allowed Gates to capitalize on his unique skills and insights.

Gates is by all accounts a smart guy, but no one (even himself) thinks he is the world’s best . It is quite possible there are a number of other people with greater business aptitude. Why aren’t they as successful? If we want to know the true reasons for Gates’ success, McRaney says we need to know more about those who had similar skills and opportunities but failed; what successful people didn’t do may be as important as what they did.

Unfortunately, failures often disappear without leaving a record of their mistakes; who asks for advice from who went broke, or the investors who lost all their money? According to McRaney, this ignorance is a problem. “When failure becomes invisible, the difference between failure and success may also become invisible.”

This blind spot about failure is what psychologists refer to as survivorship bias, the error of concentrating on the people or things that succeeded while overlooking those that failed, typically because we don’t know who they are, or how they failed. Because of survivorship bias, McRaney says, “The advice business is a monopoly run by survivors.” We look to Bill Gates, and people like him, for their wisdom about success, but we ignore (or can’t even find) the wisdom of those who failed.

The Sciences of Luck

If it’s disappointing to realize that random events beyond our control may have a critical role in any and that our survivorship bias may keep us from getting the truth on why the successful succeed, there’s a bright spot in McRaney’s research: there may be a “success formula” for getting lucky.

The latest psychological research indicates that luck is a long-mislabeled phenomenon. It isn’t a force, or grace from the gods, or an enchantment from fairy folk, but the measurable output of a group of predictable behaviors. Randomness, chance, and the noisy chaos of reality may be to predict or , but luck is something else.

McRaney cites research by psychologist Richard Wiseman finding that “some people are better than others at interacting with .” Wiseman compiled extensive psychological profiles for two groups of people:

Wiseman found that those who considered themselves unlucky tended toward the following traits or attitudes:

In contrast, those who saw themselves as lucky had these traits in common:

Wiseman concluded that “lucky” people, because of their personality profiles, ended up having more interaction with random events, and because of the ways they responded, also increased the likelihood that one or more of these chance encounters would end favorably.

The Real-World Secret to Success

When you strip away survivorship bias, you recognize (1) the successful may owe their success to what they didn’t do, or that they may have been more lucky than talented. And (2), if you understand that there are favorable ways to deal with the randomness of life, you have a better chance of getting lucky. McRaney combines these two conclusions to produce a real-world success formula:

Is There an Application for Personal Finance?
(Yes, There Is.)

It’s not much of a stretch to apply McRaney’s success formula to personal finance. The details might vary, but you can serially avoid catastrophe, and routinely absorb manageable losses, with some combination of insurance and cash reserves.
Having those two elements in your financial program gives you the opportunity to be lucky, to consider new experiences, to be flexible in your responses, and to fail occasionally while having more opportunities to succeed.

In the abstract, this makes sense. But even though insurance and cash reserves improve our odds of being lucky, this knowledge is often overwhelmed by our survivorship bias. It’s hard to ignore the possibility that at least one financially successful person really knows the keys to success. And if they do, why can’t you? Maybe you can – if you also look for the financial failures.

Unlike some other fields, a record of failures in personal finance is available, in the form of bankruptcy filings. In the past 20 years, the most frequent cause of bankruptcy has been large, unexpected medical expenses; a 2015 Harvard University study found medical expenses account for 62 percent of personal bankruptcies in the U.S. The study also reported that three-quarters of those who filed for bankruptcy due to medical expenses had health insurance. What they didn’t have was cash reserves for deductibles and out-of-pocket costs. You won’t hear this from a self-made millionaire, but avoiding a catastrophic medical incident is perhaps one of the “luckiest” things you can do to increase your chances for financial success.

Ironically, this insight about avoiding a catastrophic medical event is part of the Microsoft story. In the early 1980s, Paul Allen, one of co-founders at Microsoft, was diagnosed with Hodgkin’s lymphoma. The disease and its treatment limited Allen’s participation in the business, fractured his relationship with Gates, and eventually led to his departure from the company in 2000. Allen is still a wealthy individual (he made the Forbes Top 100 list), but he is nowhere close to Gates.

There is a segment of the financial services industry that to tout historical performance as a reason to follow their advice. They have 4-star ratings, 10-year track records, etc. But they might just be lucky survivors, not financial wizards.

Because we see cause-and-effect at work in some parts of life, we want to believe it is in everything. But there are too many variables to process and too many things beyond our control.

The insurance-focused financial professionals have it right: Strategies to avoid catastrophic failure and absorb manageable damage are arguably more effective than looking for success secrets from a lucky survivor.