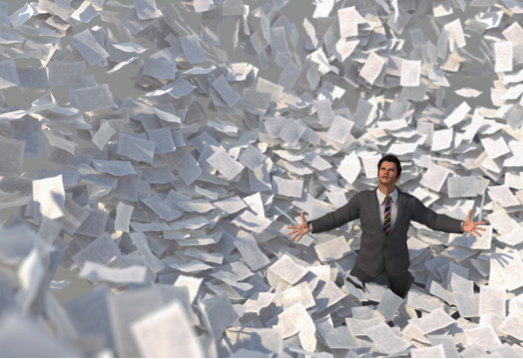 Besides producing revenue for governments to operate, taxes are used to influence behavior. “Sin taxes” on tobacco and alcohol raise their and hopefully deter their use and abuse. Tax credits may prompt consumers to install solar panels or buy an electric car. Deductions for contributions to IRAs and 401(k)s can encourage retirement saving.

But every tax is subject to the principle of Unintended Consequences; there will be “outcomes that are not the ones foreseen and intended by a purposeful action.” Taxes change the terms of economic and will cause people to adjust accordingly. Makers of tax policy know this, but it is difficult, if not impossible, to predict what will change. Adjustments may not manifest themselves for years. And sometimes, it turns out the tax has influenced the wrong group of people toward an unintended result. That’s sort of the story of the 401(k).

A Fundamental Assumption May Not Be Correct

While there have always been some contrarians when it comes to pre-tax retirement plans, it has taken almost 40 years for mainstream commentators to reconsider the long-standing recommendation that employees make maximum contributions to their 401(k) accounts. A November 2017 article by Mitch Tuchman on MarketWatch.com titled “How This Classic Savings Strategy Could Get You Clobbered with Taxes When You Retire” begins:

The logic of the 401(k) system is well understood by most people. Saving more results in an immediate reward – lower taxes today. Every dollar you put into a 401(k) or a traditional IRA is untaxed this year. It grows free of investment taxes, too. The government gets its cut years later, once you retire.

Even then, the taxes taken on these withdrawals are at your personal income tax rate. Presumably, you will spend less in retirement and fall into a lower tax bracket.

So far, this sounds like anything you’ve heard or read in the mainstream financial press. But Tuchman pivots to an ominous conclusion:

That’s a great deal if you do in fact, spend less in retirement. Yet many retirees spend more, at least at first, then slow their spending, only to pick it back up later on.

Whoa, whoa, whoa! If retirees were presumed to “spend less and fall into a lower tax bracket,” then what will happen when “many retirees spend more?”

Answer: the taxes they pay on distributions may exceed the deductions they received when the money was deposited. 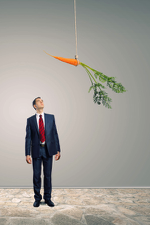 The Wrong Carrot Dangling in Front of the Wrong People?

Forty years ago, when IRAs and then 401(k)s were introduced, the intention was to supplement retirement saving, especially for lower wage earners. For this demographic, it was reasonable to assume a lower tax bracket in retirement. However, several factors should have given policymakers pause.

The United States has a graduated income tax. Higher earnings result in higher marginal tax brackets. So those who earn the most receive a proportionally higher tax break from a 401(k and have a bigger up-front incentive to make contributions.

The biggest contributors will inevitably accumulate the largest balances. For a variety of reasons, it is also plausible to think the most successful retirement account savers are the ones most likely to see their distributions taxed at a rate higher than the deductions they received on their deposits. Retirees with large 401(k) balances have limited ability to avoid this “tax flip” because required minimum distributions force them to make taxable withdrawals even if they don’t need the money for living expenses.

The unintended consequence: High earners are the best savers because they receive the biggest immediate reward, but also pay a steeper price in retirement because they’ve saved so much money. Where’s the win-win in that scenario?

The “Spending Smile,” a 2014 study from Morningstar researcher David Blanchett, finds that spending often increases at the beginning of retirement, as former workers relocate, upgrade cars, or indulge in leisure pursuits and travel. But once new lifestyle routines are established, the sobering prospect of running out of money in old age prompts a progressive frugality. Between ages 65-85 retirement spending tends to decrease about one percent per and doesn’t begin to up again until the medical expenses of old age start to increase monthly overhead. Hence, the spending “smile.” (See Fig. 1) 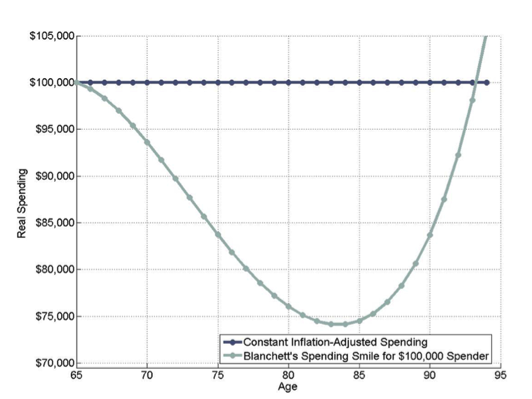 This first phase of the spending smile often produces what Tuchman calls a “tax avalanche.” Larger distributions from retirement plans not only result in more taxable income (at potentially higher marginal rates but often trigger taxes on Social Security benefits. This piling on of taxes can be particularly punitive if a retiree has allowed retirement account balances to compound until when Required Minimum Distributions start. Tuchman says:

“The worst case is paying taxes on both Social Security income and on required minimum withdrawals from your 401(k) at the same time. It happens to millions of people every year. Essentially, you fall victim to an avoidable tax avalanche.”

How is the tax avalanche avoidable? One possibility is to take withdrawals from 401(k)s first, and delay Social Security, which can minimize or eliminate the taxation of Social Security income. Another is to use Roth retirement plans for ongoing accumulations, where contributions are made on an after-tax basis but growth and distribution tax-free. (Life insurance cash values, which receive similar tax treatment to Roth accounts, may also be an option for this same strategy.) These after-tax plans can be used to selectively add retirement income while avoiding the costly avalanche.

Some former advocates of pre-tax retirement saving now admit the premise of a lower tax bracket in retirement may not be valid, especially for the highest earners and best savers.

Tuchman concludes: “Common sense suggests that far more people should target savings for a Roth while they can.” What will the unintended consequences be if more savers abandon their 401(k)s?