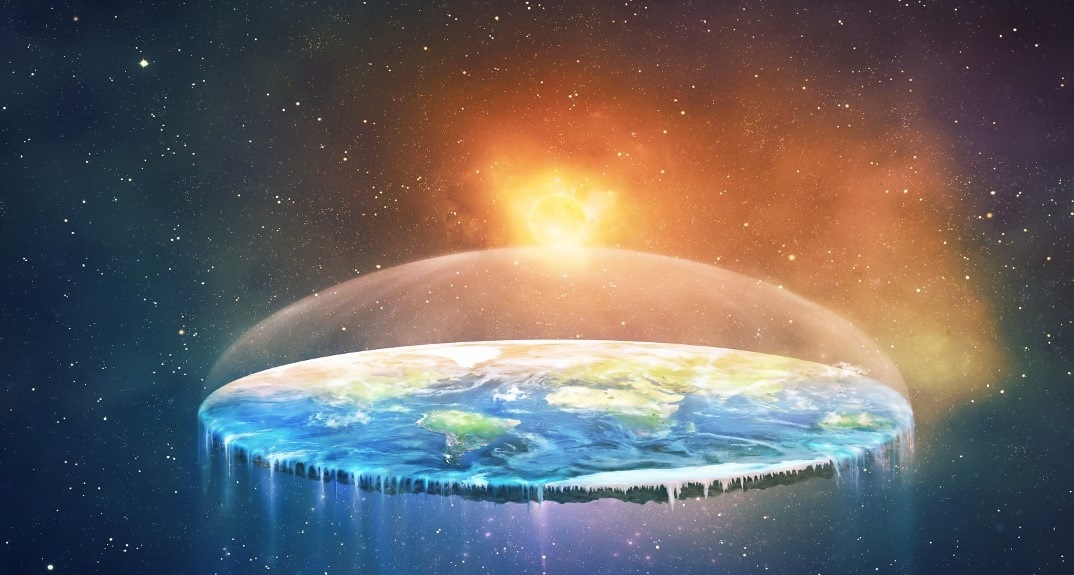 Due to some ambiguously provocative statements from a few celebrities and professional athletes, there has been a revival of “Flat Earth” theories in public discussion. In one form or another, these ideas postulate that the Earth is not a sphere, but a flat disc that bends on itself.

Even though there is strong evidence to discredit them, Flat Earth theories persist because they align with our perception that the Earth is flat. So when a “new” version of Flat Earth comes along, it’s easy for us to say, “Well, you know…that sort of makes sense” – even though this iteration isn’t much different than others that have been discredited.

Similarly, flawed theories exist in personal finance. Despite facts to the contrary, these ideas persist because, at first hearing, they sort of make sense. For example, there’s this one, which first appeared in the mid-1970s, with the introduction of the Individual Retirement Account (IRA):

“You’ll be in a lower tax bracket in retirement.”

Sounds like it ought to be true, right? A primary motivation for making tax-deferred contributions today is the belief that the taxes due when the funds are withdrawn will be less than the deduction received on the deposits.

When IRAs (and their employer-sponsored cousins, like 401(k)s and 403(b)s) first appeared, no one really knew if “You’ll be in a lower tax bracket” was true. But after 40-plus years, enough individuals who saved in qualified retirement accounts have transitioned to retirement, to arrive at a definitive conclusion: Those who do a good job saving during their working years will most likely not be in a lower tax bracket in retirement.

What the Numbers Say

In November 2018, The Nationwide Retirement Institute released findings from a “Tax and Retirement Income Survey,” based on data collected by The Harris Poll. The respondents came from three groups: Those retired for more than 10 years, those retired for 10 years or less, and those who expected to retire in the next 10 years.

Retired for 10 or more years: 59 percent

Retired for 10 years or less: 58 percent

Planning to retire within 10 years: 61 percent.

Why might this be? Well, consistent savers most likely have other good financial habits. They systematically reduce or eliminate debt, and live within their means. By the time they retire, these households have accumulated enough money to continue living as they did when they were working. And there aren’t any compelling reasons to further delay gratification or decrease lifestyle just to stay in a lower tax bracket. Realistically, the only retirees who can anticipate a lower tax bracket are those who didn’t save enough while they were working.

Another possible reason many retirees find themselves at the same level of taxation or higher: They ignored the distribution aspect of retirement planning. Believing the lower-tax-bracket-in-retirement mantra to be accurate, savers sought retirement plans offering up-front deductions, assuming whatever taxes to be assessed at distribution would be less.

In hindsight, many retirees recognize they should have given taxes a closer look. The survey found that only 25 percent of older retirees (those who had been retired for more than 10 years) considered themselves knowledgeable or very knowledgeable about how their retirement income was impacted by taxes. The numbers for the other cohorts were slightly higher, but across all groups, there was an expressed need for better tax planning.

These comments highlight a critical nugget of financial wisdom: taxes at distribution can make two accounts with the same balance spend differently. For example, the true after-tax cost of a bucket-list trip to Europe could be $20,000 or $25,000, depending on which account is used to pay for the trip.

Eric Henderson, a Nationwide executive, points to the disproportionate public emphasis on accumulation as telling only half the retirement planning story: “It is also important to determine how to spend your retirement income. Building tax flexibility into a retirement income plan is crucial. Doing so allows you to use different types of investments and retirement accounts (taxable, tax-deferred, and ) to potentially avoid higher tax brackets.”

Flat Earth Theories Persist, but That Doesn’t Make Them True

With 60 percent of retirees finding they aren’t in a lower tax bracket, it’s perhaps prudent to retire the idea of “You’ll be in a lower tax bracket,” or at least be a bit skeptical about the claim. Yet just like the persistence of Flat Earth theories, some in the financial service industry continue to exhort consumers to maximize contributions to a qualified retirement plan.

Saving is a good thing, but so is tax flexibility.

Based on the evidence, successful savers are probably not going to be in a lower tax bracket in retirement. A better approach: consider retirement accumulation options with different tax treatments on distributions.

Lifetime Financial Growth, LLC is an Agency of The Guardian Life Insurance Company of America® (Guardian), New York, NY. Securities products and advisory services offered through Park Avenue Securities LLC (PAS), member FINRA, SIPC. OSJ: 244 Blvd of the Allies, Pittsburgh, PA 15222 (412) 391-6700. PAS is an indirect, wholly-owned subsidiary of Guardian. This firm is not an affiliate or subsidiary of PAS.